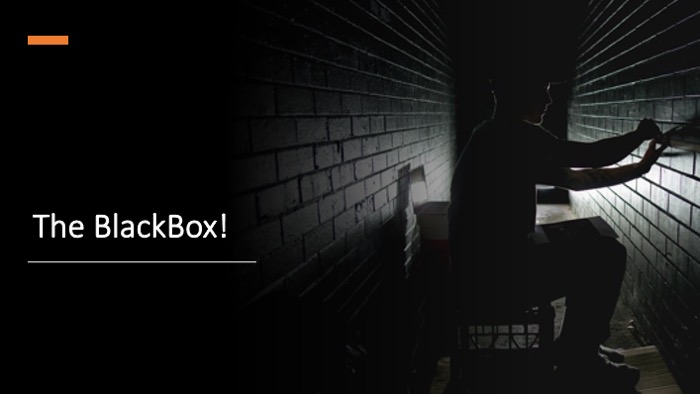 A good consultant, have to be a good story-teller. I feel you become a storyteller when you start making your own stories, so that you can explain the point of view in better way. I started writing stories while practicing storytelling and found that story writing is so powerful and it helps bring our imagination into reality. Here I am sharing a story of the BlackBox, a character that inspire me the most, and will inspire you too.

Let’s start the story with my friend Sreedhar, the youngest and a pampered kid from childhood, grew up in the small town of Uttarakhand (India). He was considered the brightest child in his school, and managed to get into the premier engineering institute of India for graduation.

Sreedhar and I used to enjoy attending English lectures in standing positions if not thrown out of the class. 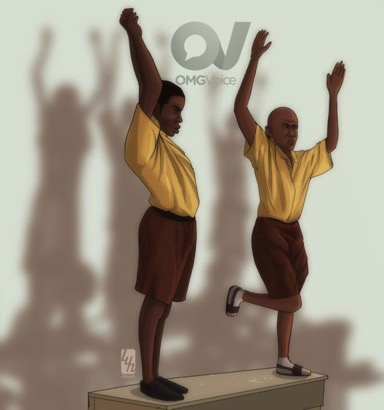 This brought us closer, and he always gave me pride that my English is better than at least one person. The brightest kid of school time was somehow lost in college. He generally kept quiet, and year on year was accumulating courses to be cleared. He used to bunk most of the classes but was famous for two things. One was smoking, he had wrapped walls of his hostel room with stacks of cigarette boxes, and the second is black screen shell programming in Unix.

He painted the room black, and most of the time we saw his lips sucking cigarettes and his fingers dancing on the keyboard. Everyone else from the computer branch was called Box (“Dabba” in Hindi) but he got the title BlackBox, who was always in search to solve the mystery of college computer networks, specially when our hostel network crashed. Just like BlackBox in aircraft keeps the record of all the flight data that is useful in troubleshooting emergencies.

Final year came, and most of us were busy preparing for campus interviews or celebrating selections, while few still had courage to go for higher studies. He was in none of them.

He used to tell me “I do things that add value to me”.

I was not sure of the value but I was sure that the number of subjects he had accumulated to clear will keep him busy for next few years. The final year passed away so quickly, we landed up in the corporate world, and left the Blackbox in his own created lost world, a black room full of cigarettes, cables and a PC.

Two years later, we got together on convocation, the blackbox was still there, playing with cables and the camera’s placed in the convocation hall. It was nothing less than magic to see him controlling all the cameras from his room at that time.

He smiled after looking at my degree and said I will not find him there. He was indicating that he wasn’t there for this piece of paper.

I did not give much attention then and left college as a proud engineer. Years passed on, we all settled in our daily life, trying to face every problem of life in the name of agility and transformation. 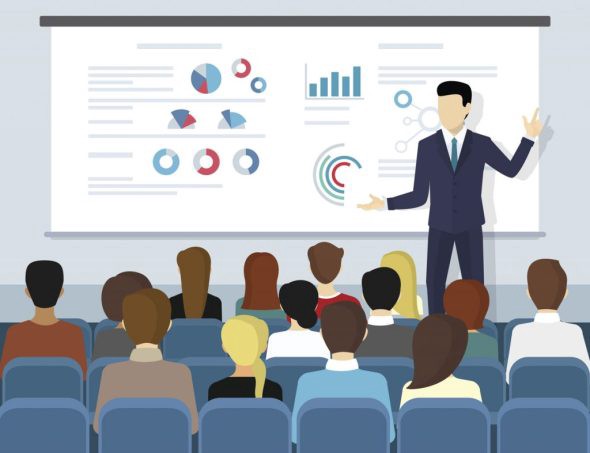 I was at one of the biggest conferences in the Java world in the US, to present how we can automate Java migrations (a hot topic in those days). I was excited for my first talk on such a big platform but 5 minutes before the start I realized some hiccups in the network between my standard laptop and some advanced Audio/Visual system from some BeeBee company.

Unknowingly I said “Where is the BlackBox?”, a fellow next to me given some surprising look. I was thinking about the BlackBox at that moment who used to help us in such situations.

A minute later, a person wearing a BeeBee T-shirt came to me asking my consent to apply a patch on my PC from their handheld device, and I had no reason to say no. It was magic, the issue is fixed before I could raise it. The BeeBee person handed me a card. I noticed that BeeBee logo was all over, from entry, id-cards, stalls/showcases, exits, and all was automated. I turned the card and I see BeeBee means “BlackBox”. 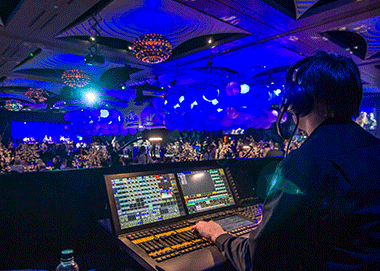 Disclaimer :The story is not linked to the Picture Source

Quickly I finished my talks, started searching on yahoo! (popular search engine at that time) about BeeBee, and come to know that it is a company that produces and manages advanced A/V systems for large-scale events. I noticed a person called me from behind, holding a BeeBee tracker, I turned and guess what! I found the BlackBox again, founder of BeeBee Mr. Sridhar Kodian, holding 50 patents in the area of network and wireless communication.

And, I understood what he meant when he used to say “He does the thing that adds value”.

This story is originally published at My Medium Profile