Technological evolution causes disruption. It replaces traditional, less optimal, complex, lengthy, and costly technology, people, and processes with economical, innovative, optimal, and simpler alternatives. We have seen disruption by mobile phones, and up next is disruption from IoT, wearables, AR-VR, machine Learning, AI, and other innovations. Software development methodology, tools, and people will also face disruption. I expect that the traditional developer will be replaced by the multi-skilled or full-stack developers.

The cost of building IoT solutions is high due to the involvement of multiple people from multiple skillsets. Looking at the huge ecosystem, it is a difficult and costly affair to coordinate and maintain consistency among multiple people from different backgrounds and experience levels. With the traditional developer mindset, we would need at least 20 people to build an end-to-end IoT PoC, which is a huge cost. Global development is also difficult due to unavailability of real environments, hardware, and extreme coordination needs. IoT solutions require stakeholders to be more connected to each other, which results in higher costs as more and more people are needed. 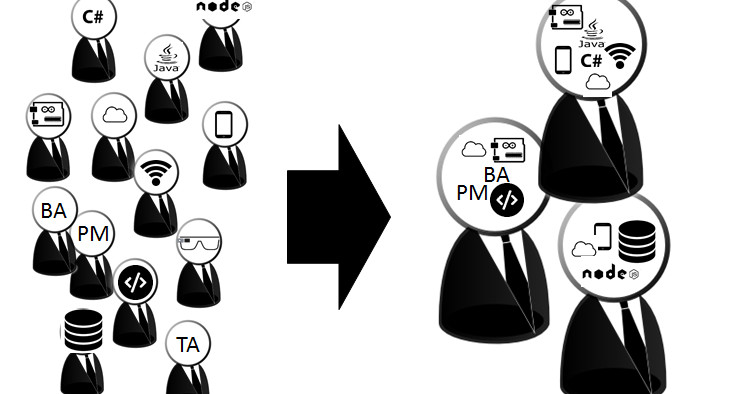 The traditional developer mindset, which binds people to Java or .NET or an otherwise specific technology will be discouraged in the near future. People with multiple skills or full-stack knowledge—who work with multiple technologies, tools, and processes—will reduce the cost of IoT development, and thus, they will replace the traditional workers.

It was originally published at Dzone and LinkedIn