Java 8 has come with following improvement of HashMap objects in case of high collisions.

Above changes ensures performance of O(log(n)) in worst case scenarios (hash function is not distributing keys properly) and O(1) with proper hashCode().

In Java 8 HashMap replaces linked list with a binary tree when the number of elements in a bucket reaches certain threshold. While converting list to binary tree hashcode is used as a branching variable. If there are two different hashcode in the same bucket, one is considered bigger and goes to the right of the tree and other one to the left. But when both the hashcode are equal, HashMap assumes that the keys are Comparable, and compares the key to determine the direction so that some order can be maintained. It is a good practice to make the keys of HashMap comparable.

This JDK 8 change applies only to HashMap, LinkedHashMap and ConcurrentHashMap.

Based on a simple experiment of creating HashMaps of different sizes and performing put and get operation by key,

Following results have been recorded. 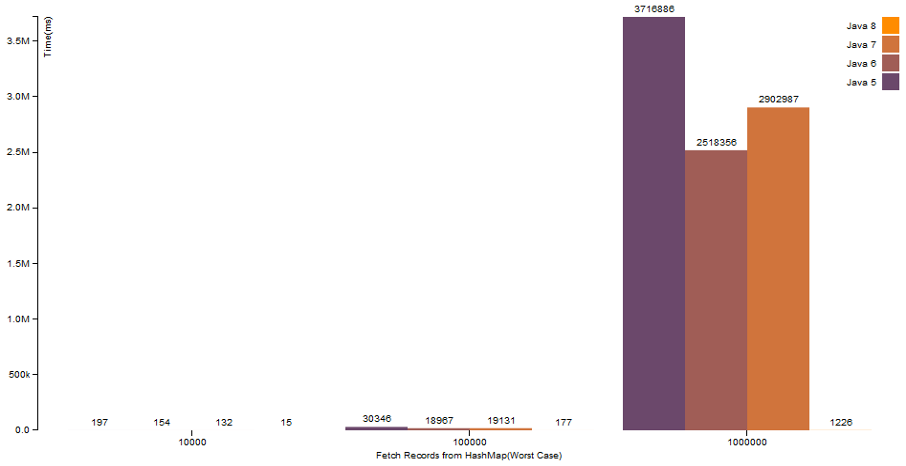 There is a great improvement when there is a map with high number of elements, and even if there are collision, HashMap of Java 8 works much faster than the older versions.